As some of you know, I’ve been working on this awesome new series called Legend of the Treesinger with the UF/litRPG outlaw king himself, James Hunter. The first book in the series, Two-Faced, is up for preorder on Amazon now and set to hit digital shelves March 22nd. It’s part buddy-cop adventure, part fish-out-of-water, all Bigfoot. It’s also kind of a departure for me in that the heroine, Winona, isn’t a terrible person. She’s not a person at all, in fact. Here’s the blurb to prove it:

Winona Treesinger is a Bigfoot—and no, she doesn’t just have large feet. She’s an eight-foot tall walking myth and the last great princess of the People of the Forest.

All she and her people want is to dwell in the deep places of the forest, well away from mankind and the destruction they bring to the land and the world. But when Winona hears about a string of grisly murders in the nearby city of Missoula, she knows in her gut it’s the work of an ancient evil, driven away from their lands long ago.

Against the wishes of her Father, Chief Chankoowashtay, Winona must leave the forest and venture into the world of men, disguised as a frail human, in order to set the balance straight and stop the killings. And with the help of a handsome, slick-talking city detective named Chris Fuller, she might be able to do it. But if Chris finds out what she really is, stopping the creature might be the least of her worries …

Pretty sweet, right? And you haven’t even seen the cover yet. Check out this little beauty—and please, feel free to judge the book by it: 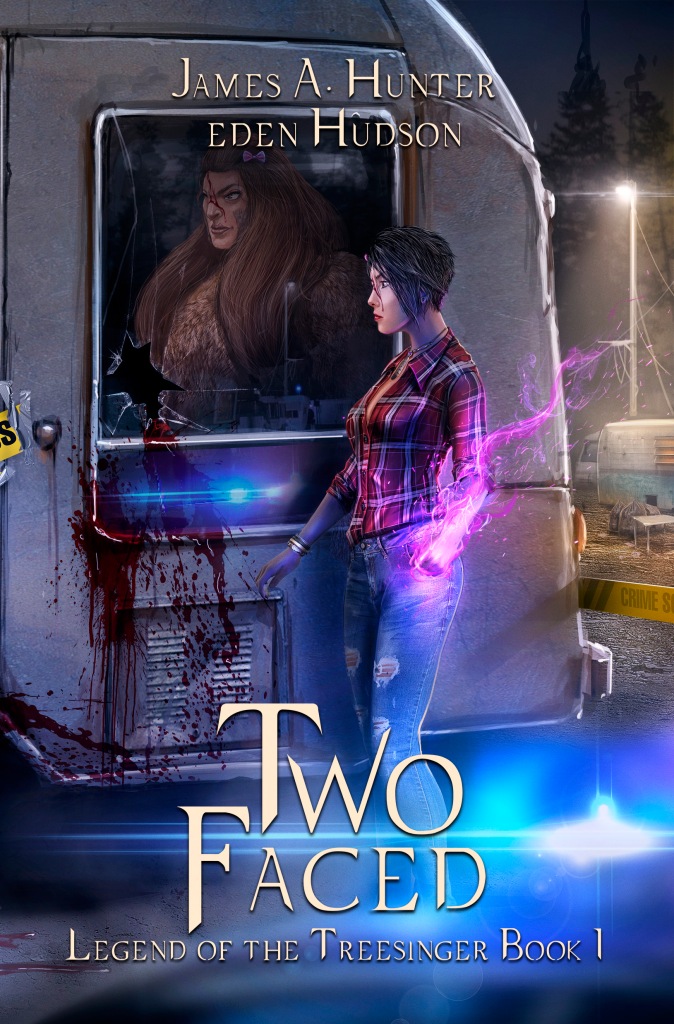 This has been a crazy-fun project, and James and I have had a blast working on it. If you guys enjoy reading Two-Faced half as much as we did writing it… Well, that’s math, and I’m no mathmagician, but according to these calculations, that’s a lot of units of enjoyment.